I made three cards using the new "hello" die from Simon Says Stamp!  This die lends itself to simplicity, but ALSO lends itself to a small sentiment tucked in the curves of it's script... 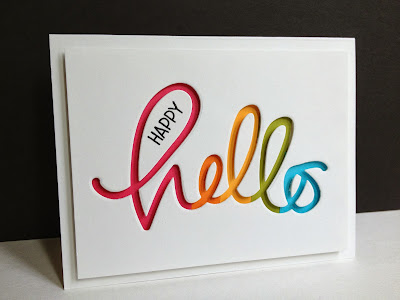 Just HAD to put a "happy" sentiment in the loop of that "h"...and then the colors to go with it:)!! The "happy" is from a Simon Says Stamp set called Lots of Thanks.  I had used a piece of the  Simon Says Stamp 120lb white cardstock I had purchased in a variety pack of really cool papers...there is even wood veneer in the pack...I LOVE WOOD PAPER...oh I digress...this  white cardstock is amazing...super thick...great for die cutting...looks amazing!! 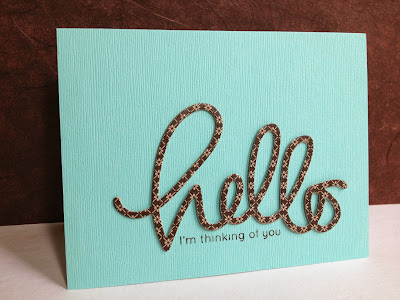 This one was made with washi tape from Michael's...I think it was supposed to be black, but it clearly looked brown to me...so paired it with a tropical blue card, and positioned towards the lower corner.  The sentiment is from the new set, Sketchy Banner Greetings, stamped in Early Espresso. 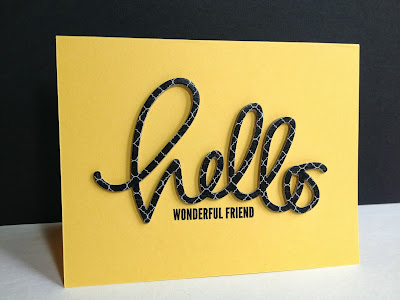 I was on a washi tape roll and made another with the tape in black...paired together with a bright yellow card:)!!  The sentiment is cut apart sentiment from the You set from Simon Says Stamp....this one  I chose the middle for the "hello".  Here's a pic of the tapes I used...LOVE washi for it's smaller patterns that look so cool with sentiment dies like this!!... 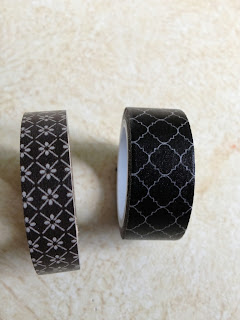 Thanks for visiting me today!! Hugs!! Lisa 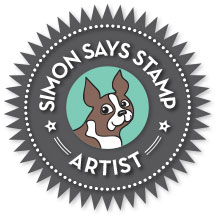